Earth Hour is an annual event which asks people to switch off all lights and use no electricity for an hour. The aim is to get people thinking about the planet they live on and the energy they use. 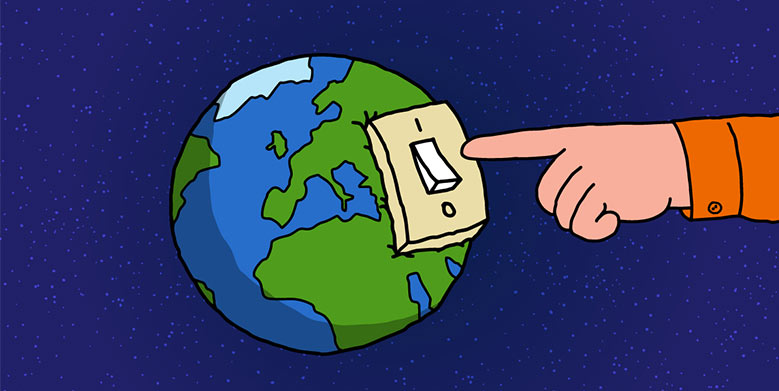 Earth Hour is an annual global campaign that encourages people and businesses around the world to switch off electricity at the same time for one hour. Earth Hour started in Australia in 2007 when 2.2 million people in the city of Sydney turned off all non-essential lights for an hour. Since then it has grown to a massive global event. In 2013, millions of people in 7,000 cities and towns around the world switched off their lights for 60 minutes at the end of March. Every year landmarks and well-known buildings around the world such as the Sydney Opera House and Harbour Bridge, the Petronas towers in Malaysia, the UK Parliament, Buckingham Palace and the Empire State Building take part and ‘go dark’ for Earth Hour. The campaign even went into space when astronauts reduced power on the International Space Station in 2011.

Earth Hour is organised by the World Wide Fund for Nature (WWF). It was started by Andy Ridley, originally from Britain, who is executive director of Earth Hour Global, WWF. He came up with the idea of Earth Hour because he wanted to raise awareness of environmental issues by asking people to do something positive to help the planet. Switching off the lights for an hour can make a small difference to the amount of energy we use but Earth Hour is also a symbolic event to make people think about the problems of climate change.