All Fools’ Day is on the first day of April

April Fools’ Day, also known as April Fool’s Day or All Fools’ Day, is celebrated each year on the first day of April. It has been popular since 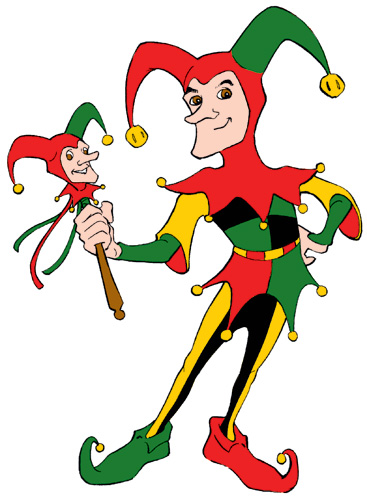 the 19th century and is well known in Europe, Australia, Canada, Brazil and the United States – although it is not a national holiday in any country.

It is celebrated as the day when people play jokes and pranks on each other.

No one knows exactly where, when or why April Fool’s Day began.

The most popular theory about the origin of April Fool’s Day involves the French calendar reform of the sixteenth century. In 1564 France reformed its calendar, moving the start of the year from the end of March to January 1. The people who failed to keep up with the change, who stubbornly clung to the old calendar system and continued to celebrate the New Year during the week that fell between March 25th and April 1st, had jokes played on them.

Pranksters would secretly stick paper fish to their backs. The victims of this prank were called Poisson d’Avril, or April Fish—which, to this day, remains the French term for April Fools.

The earliest recorded association between April 1, pranks and foolishness can be found in Chaucer’s ‘Canterbury Tales’ which was written in 1392.

In the United States, the pranks last all day, but in other countries they only take place until noon.

A Joker, Court Jester, or Jokester have become the images associated with April Fool’s Day.

Some people spend a lot of money and time planning elaborate jokes.

April Fool’s Day is not an official holiday.