Form 9  Make up a dialogue about a famous scientist 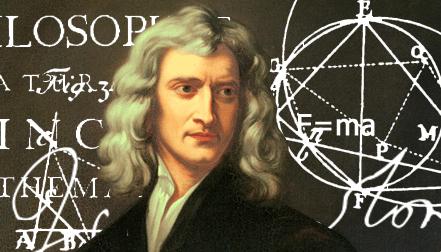 1: Hello. I need to prepare a report about Isaac Newton. May I ask you some questions about him?

1: Why is Isaac Newton so famous?

2: He was a great English mathematician, astronomer and physicist.

1: When and where was Newton born?

2: He was born in 1642 in a little village in Lincolnshire, England.

1: Did he study at the university?

2: Yes, Isaac studied at the University of Cambridge.

1: Where did Isaac work?

2: After graduation from the University he became a professor of Mathematics and lectured at Cambridge for more than 30 years.

1: Did he make any large discoveries?

2: Yes, he did. In 1665 he made his great discoveries – the law of motion and gravitation and the theory of colour.

1: Did Newton publish any books?

2: Certainly, he did. In 1684 year Newton published his famous book the ` Principia` in which he explained the movement of the planets and laid down the law of universal gravitation.

1: Thanks a lot for the interesting information. Now it won’t be a problem for me to speak about this great scientist.

2: It was a pleasure of mine to help you. See you later.