Red Nose Day Do Something Funny for Money

Red Nose Day Do Something Funny for Money

Do something funny for money celebrating Red Nose Day

Every two years on a Friday in March, you’ll see a lot of strange things in streets, shops, offices and schools all over the UK. People might wear something unusual, some may have a crazy hairstyle and others may do surprising things, like sit in a bath of baked beans for an hour. Some might simply wear a big red nose. 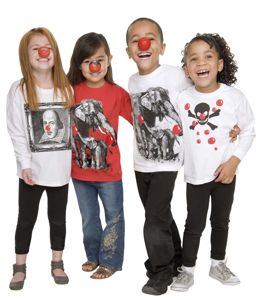 If you see anyone like this, you can donate some money. That’s because it’s Red Nose Day and these people want to ‘do something funny for money’. Your donation will go to Comic Relief, the charity which organizes Red Nose Day.

Comic Relief started when a group of comedians decided to use comedy and humour to raise money to fight hunger, poverty, disease and injustice, both in the UK and around the world.

Red Nose Day raises millions of pounds each time it happens. There’s a special TV programme with comedy sketches which lasts all evening and it also reports on the people and projects that the money is going to help. Comic Relief usually spends 60% of the money on projects in Africa and the rest in the UK.

In the years that Red Nose Day doesn’t happen, Comic Relief organizes another day of raising money, called Sport Relief. This time all the events are connected to sport. One of them is the Sport Relief Mile. 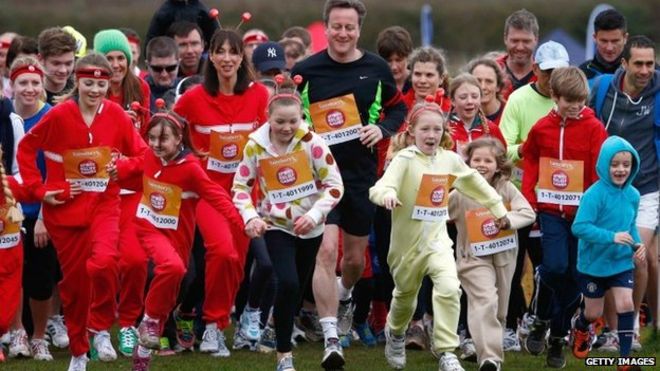 Thousands of members of the public, together with sportspeople and celebrities, ask their friends and family to sponsor them to run one, three or six miles. If they don’t want to run, they can walk – the most important thing is the finish and collect the money!