What is Red Nose Day?

There’s one special day in Britain when you can see lots of people all over the country wearing clown red noses. This is known as Red Nose Day. It’s arranged by a charity organization “Comic Relief” whose aim is to collect money for people who are in need.

The name for Red Nose Day was inspired by the fact that clowns wear red noses and make people laugh by doing silly things. Sharing a laugh brings people together, and wearing a red nose is a way for people to connect through the gift of humor. 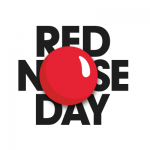 “Comic Relief” was started in 1985 by the writer Richard Curtis and the comedian Lenny Henry. At that time, people in Ethiopia were suffering from an awful hunger and something had to be done. The idea was simple. Richard and Lenny decided to gather a group of much-loved British comedians to give public performances. And in this way they would collect money to help people in desperate need. They also hoped to let people know about poverty in Africa. Richard and Lenny strongly believe that laughter is the best weapon to fight tragedy, poverty and injustice. That was how “Comic Relief” was born.

One of the main events organized by “Comic Relief” is Red Nose Day. It takes place every two years in the spring, though many people think that this day should be held annually. The first Red Nose Day was held on 5 February 1988 and since then they have been held on the second or third Friday in March.

Comic Relief’s two main supporters are Sainsbury’s, because they sell merchandise on behalf of the charity, and the BBC, who have a live television show on Red Nose Day where again all the money goes to the Comic Relief charity. 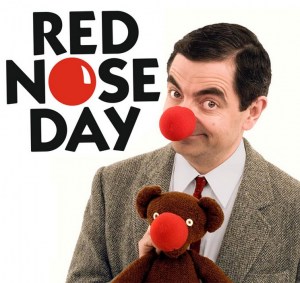 Red Nose Day is widely celebrated in the UK and many people consider it to be a type of unofficial national holiday. The symbol of the day is the red nose which you can find in various supermarkets and charity shops. The design of the red nose is different every year.

The thing is that red noses are not sold and you cannot buy them, but you can leave a small sum of money (a donation) and just take one. The exact sum of the donation is not fixed. You can leave as much as you want — it’s an act of charity.

On Red Nose Day money-raising events take place all over the country and many schools participate.

Sing this song with the kids, will you?

You know the time has come to smile the blues away.

We gonna have some fun by making someone’s day,

So get up everyone, ’cause the only way is to put a nose on it!

We’re doing what we can to get a giggle,

We’re doing what we can to hear you roar,

Making laughter count for so much more!

We’re putting on the funniest of faces,

We’re trying out the silliest of walks,

In the evening of Red Nose Day a ‘telethon’ takes place on the BBC channels. This is like a televised marathon that shows a selection of the events of the day, and lots of short comic performances and reports of how the money will be spent. It starts in the evening and goes through into the early hours of the morning.

There’s a Red Nose Day page on Facebook and you can follow it on Twitter. People also upload videos of local charity events on YouTube and Facebook. So, if you are ever in the UK on Red Nose Day, now you know why you will find normal people wearing red noses and doing silly things! It’s all for a good reason! 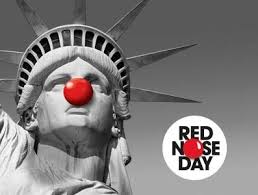 fun for everyone. It’s famous for using a signature red clown nose to help spread awareness, gaining publicity through the use of celebrities (mainly actors) on TV and social media.

Red Nose Day has become a cultural phenomenon and has raised over $1.0 billion worldwide in the last 25 years. It launched in 2015 in the U.S. as a way to help others and laugh together while making a difference to kids who need help the most.