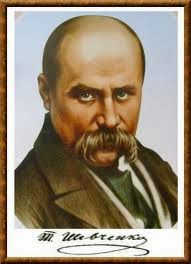 Read the text and find out three periods in Shevchenko’s life. Give the title to each period.

Taras Shevchenko, the son of serfs, was born on the estate of Baron Vasyl’ Engelhardt on 9 March, 1814. The place of his birth was the village of Moryntsi, some 200 kilometres to the south of Kyiv, an area which in earlier generations had been the home of the Zaporizhian Cossacks. Shevchenko’s parents, Hryhoriy and Kateryna, worked in the fields of Baron Engelhardt. His father also worked as a chumak, hauling salt for Baron Engelhardt from southern Ukraine. It appears that his father took  Taras with him on these trips and the boy was able to see some of the world, even major centers such as Elizavetgrad and Uman.

Taras was inquisitive and adventurous, often wandering away to search out answers to his many questions. When he was six, he set off to a distant burial mound to see the iron pillars which he imagined help up the sky. Luckily, a villager spotted him on the road and brought him home. The boy was sent to learn with a deacon to read and write. Hw was one of twelve village boys studying. He excelled at his studies and was sometimes sent to read psalms for the dead in the deacon’s place. When Taras was nine, his mother died. Soon after, his father remarried, but life was unbearable with his new stepmother. When Taras was eleven his father died.

In 1829, at the age of fifteen, Taras traveled in his master’s entourage: first to Kyiv, and then to Vilnius in Lithuania, the Engelhardt ancestral homeland. Here Paul Engelhardt noticed his artistic talent and allowed Taras to study with a professional artist, Jan Rus’tem, at Vilno University. It seemed that fate finally smiled at the talented, but abused peasant boy. Anew world opened up in front of Taras. Mr. Engelhardt apprenticed him to the painter V. Shyriaev for 4 years. During that period he met his compatriots I. Soshenko, Ye. Hrebinka, V. Hryhorovych and O. Venitslavov. Through them he met Russian painter Karl Briullov, whose portrait of the Russian poet V. Zhukovs’ky was disposed of in a lottery, the proceeds from which were used to buy Shevchenko’s freedom from Engelhardt in 1830. 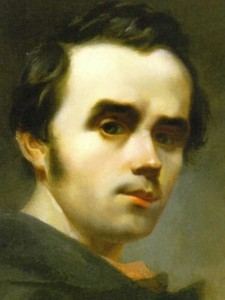 Shevchenko enrolled in the Academy of Fine Arts in St. Petersburg and pursued his art studies as well as his general education. But his main calling and passion was poetry. He wrote poems in Ukrainian and in 1840 published his first book of poems entitled “Kobzar”. The “Kobzar” is praised by Ukrainian above all other national and spiritual treasures inherited from their past. 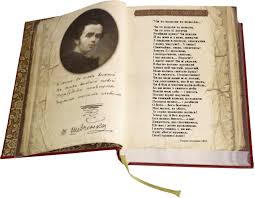 It was followed by the epic poem “Haidamaky” (1841) and the ballad “Hamalia” (1844). In the 1840s Taras Shevchenko visited Ukraine three times. Those visits made a profound impact on him. He was, further more, struck by the ravage state of Ukraine. Taras Shevchenko was truly a people’s poet. He realized that in his lifetime he was not to witness the liberation of the people, but in his famous “Testament” he proclaimed the longed-for-freedom.

In 1846 Taras Shevchenko came to Kyiv and joined the secret Cyril and Methodius Brotherhood. A denunciation resulted in the arrest of the members of the Brotherhood. Shevchenko was arrested in 1847 and sent as a private to the Orenburg special corps in a remote area of the Caspian Sea. Tsar Mykola I himself initiated the sentencing order preventing the prisoner from writing and painting. But Shevchenko managed to continue doing both. In 1857 Taras Shevchenko was released but he was not allowed to live in Ukraine. 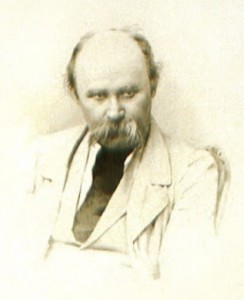 On 15 July 1859 Taras Shevchenko was arrested again and convoyed to Kyiv. On August 14 he was released on bail. In 1860 Taras Shevchenko decided to become a family man but his matrimonial plans were ruined. He lived alone in a small room in the Academy of Arts in St. Petersburg and there he died in 1861. 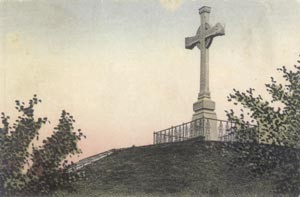 Taras Shevchenko was buried in St. Petersburg, but two months afterwards his remains were transferred to the Chernecha Hill near Kaniv, Ukraine.

Put the events in the correct order