Taras Shevchenko and the English Culture

Taras Shevchenko and the English Culture 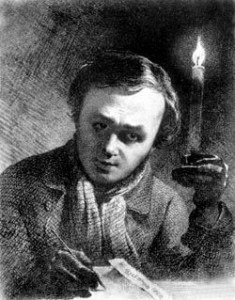 Read the text and answer the questions.

The poet also showed his interest in the writings of English novelists, such as Daniel Defoe, Jonathan Swift, Walter Scott, and Charles Dickens.But especially he appreciated Daniel Defoe and his novel “Robinson Crusoe”. Shevchenko advised both children and adults to read this book. He sent the book to his niece and made a drawing entitled “Robinson Crusoe”.

Shevchenko expressed a high opinion of novels and stories by Walter Scott for the accuracy of historical description in his works. But much closer to the Ukrainian bard was Robert Burns’ poetry. Shevchenko highly praised his poetry for its national character, patriotism, and love for the common people. Throughout his life Shechenko had been interested in George Gordon Byron’s creative works. He often quoted his poems.

The Ukrainian and Russian political emigrants were the first who acquainted English readers with the creative works by Taras Shevchenko. The first article about Shevchenko appeared in England on May 5, 1877 in the literary weekly paper “All the Year Round” which was published by Charles Dickens, Jr.

In 1911 in London Ethel Lillian Voynich published the collection of translations of Shevchenko’s verses. In 1914 in an English periodical new articles about Shevchenko were published. Many new translators appeared at that time, too. The important place among them belonged to P. Selver. He did many translations in prose and verse.

In the 20s – 30s of the 20th century the London Scientific tri-monthly magazine of Slavonic Studies “The Slavonic Review” played an important role in acquainting the English public with the Ukrainian literature. The article “Taras Shevchenko” by Ivan Franko was published there in 1924. 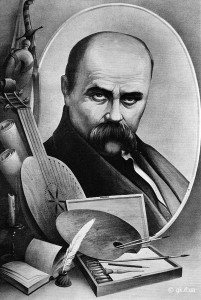 In 1961 in London some of Shevchenko’s writings were issued in the original and have been rendered into English. The most significant Shevchenko’s literary nights were held in London and Nottingham the same year. These literary nights’ programs were very interesting. Many English newspapers such as “The Times” and “The Daily Telegraph” published many articles devoted to Taras Shevchenko. Thus his memory lives on in Great Britain.