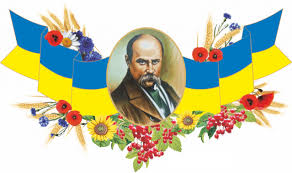 National Bard of Ukraine and noted artist Taras Shevchenko was born on March 9, 1814 in the village of Moryntsi, Kyiv gubernia in the family of serfs. Born a serf, Shevchenko was orphaned in his early teens and grew up in the poverty and misery.

He was taught to read by the village precentor and was often beaten for “wasting time” on drawing, for which he had innate talent. At the age of fourteen he was taken by his owner, P. Engelhardt, to serve as houseboy. He traveled extensively with his owner, first to Vilno and then to St. Petersburg. In Vilno he learnt to speak Polish and met the famous Polish poet Adam Mickiewicz.

Engelhardt noticed Shevchenko’s artistic talent and apprenticed him to painter V. V. Shyriaev for 4 years. During that period he met his compatriots I. Shshenko, Ye. Hrebinka, V. Hryhorovych, O. Venitsianov. Through them he met the Russian painter K. Briullov. Karl Briullov painted the portrait of the Russian poet V. Zhukovsky to be disposed of in a lottery. The portrait was bought by the Tsarina because V. Zhukovsky was the teacher of her children. The proceeds from the lottery, 2,500 ruble were used to buy Shevchenko’s freedom from Engelhardt in 1838. 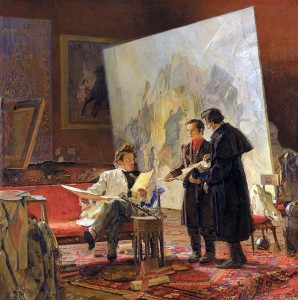 Taras Shevchenko enrolled in the Academy of Fine Arts in St. Petersburg and pursued his art studies and general education. In 1840 he published his first collection of poems, “Kobzar”. It was followed by the epic poem “Haidamaky” (Rebels) and the ballad “Hamaliia” (1844).

In 1840s Taras Shevchenko visited Ukraine three times. Those visits made a profound impact on him. He was struck by the ravaged state of Ukraine. In 1842 Taras Shevchenko painted the picture “Katherine” where he expressed his own strong protest against the tragic fate of the serf woman. In 1843 Taras Shevchenko wrote his drama “Nazar Stodolia”. 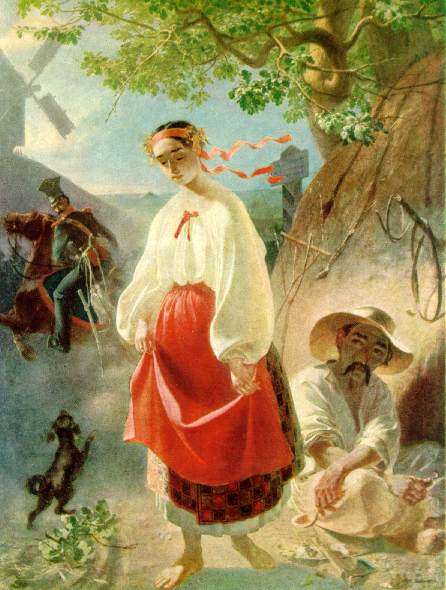 After graduating from the Academy in 1845 he became a member of the Kyiv Archeographic Commission. That position gave rise to extensive travels during which he sketched a lot. It was in this time that he wrote his most satirical and politically subversive poems “Dream” (1844) and “Caucasus” (1845). In 1845 he wrote his famous program verse “Testament”. In the poem “Charwoman” he depicted the fate of mother, one of the best images in the world literature.

In 1846 Taras Shevchenko came to Kyiv and joined the secret Cyril and Methodius Brotherhood. A denunciation resulted in the arrest of the members of the Brotherhood. In 1847 Taras Shevchenko was arrested and sent as a private to the Orenburg special corps in a remote area of the Caspian Sea. Tsar Nicholas I himself initiated the sentencing order preventing the prisoner from writing and painting. But Taras Shevchenko managed to continue both. 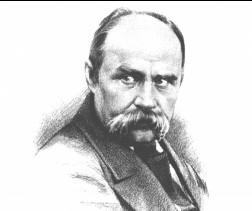 In 1857 Taras Shevchenko was released but he was not allowed to live in Ukraine. He lived in St. Petersburg and wanted to go abroad to Herzen in London. In 1858 he met and made friends with I. F. Aldridge (1805-1867), the American outstanding tragic actor who was on tour in Russia and Ukraine. 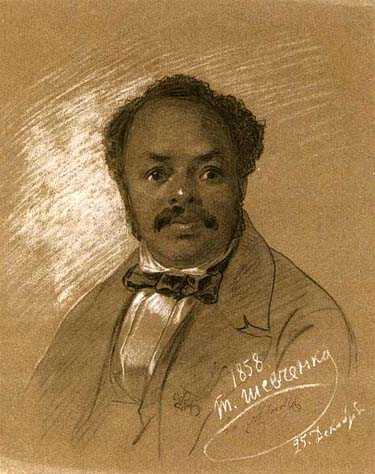 In 1859 on January 24, Taras Shevchenko met the noted Ukrainian writer Marko Vovchok (Mariia Vilinska) (1833-1907) who moved from Kyiv to St. Petersburg.  Her “People’s Stories” were published in 1857. She dedicated her novel “Institutka” to Taras Shevchenko who highly appreciated her creative activity.

On July 15, 1859, Taras Shevchenko decided to become a family man but his matrimonial plans were ruined. He lived alone in a small room in the Academy of Arts in St. Petersburg. He died on Sunday, February 26, 1861, at 5.30 a. m. in his alone room… Taras Shevchenko was buried in St. Petersburg but two months afterwards his remains were transferred to the Chernecha Hill near Kaniv, Ukraine. 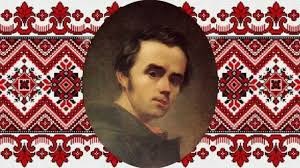 Taras Shevchenko has a uniquely important place in Ukrainian history. He created the conditions that allowed the transformation of the Ukrainian literature into a fully functional modern literature. Taras Shevchenko was the inspirer of a modern democratic ideal of renewed Ukrainian statehood. His poetry contributed greatly to the evolution of national Ukrainian consciousness. His influence on cultural and national life is felt to this day. Taras Shevchenko’s literary output consists of one collection of poetry “Kobzar” (Ukrainian Bard); the drama “Nazar Stodolia”; two dramatic fragments, nine novelettes, a diary and an autobiography in Russian; and over 250 letters. 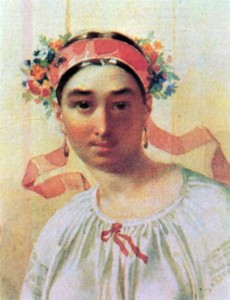 Taras Shevchenko was also a noted artist. There are 835 extant works, another 270 are known but have been lost. He painted over 150 portraits, 43 of them self-portraits. Taras Shevchenko also painted numerous landscapes which recorded the architectural monuments of Ukraine. He was also very proficient in watercolour, aquatint, and etching. He is famous for his illustrations to books by O. Pushkin, M. Gogol, M. Lermontov and W. Shakespeare. 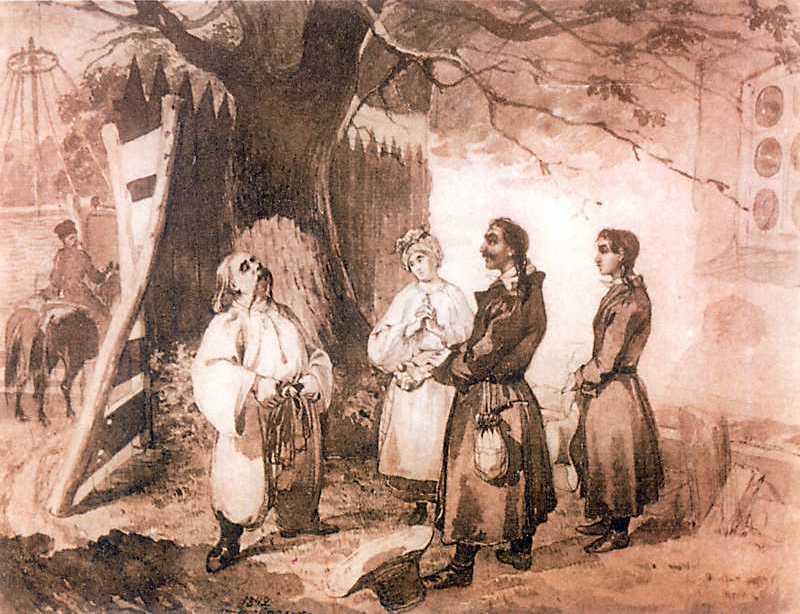 It is difficult to find another example of an individual , whose poetry and personality so completely embodied a national ethos, as did Shevchenko for the Ukrainians.

I. Use the words to complete the sentences:  freedom, satirical, serfs, collection, Testament

II. Are these statements true or false?