Christ was crucified on a cross, so the cross has come to have a special meaning to Christians. It represents Christ’s victory over death. It is a significant Easter symbol. 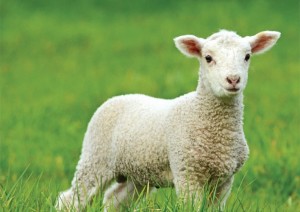 Jesus was known as the Lamb of God. At one time, the Jews sacrificed a lamb during a Passover festival, and early Christians adopted this as a sign of Christ’s sacrifice on the cross. Lamb is now a traditional Easter meal, and cookies and cakes are often made in the shape of a lamb for Easter. 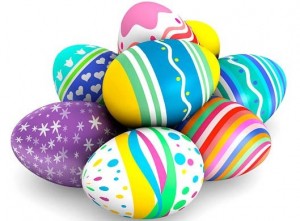 Of course, eggs represent new life. Long ago some people believed that the earth was hatched from a gigantic egg! Eggs have been exchanged for centuries. Ancient Egyptians dyed eggs and gave them to friends as gifts. In England friends wrote messages on coloured eggs. The practice of colouring and exchanging eggs has been carried on in many parts of the world today. Some of the most elaborately decorated eggs are Ukrainian. Often eggs are left by the Easter bunny for children to find on Easter morning much to their delight! 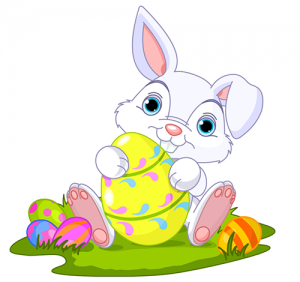 In America and around the world many children believe that the Easter bunny brings Easter eggs and hides them for finding on Easter morning. Where did this tradition begin? There are many different legends, but here is a popular one.

Long ago in Germany there lived an old, loving woman who adored children. Each year she would give children gifts to celebrate spring. One year she had nothing to give children because she had grown very poor due to a great famine in the land. All she had were some eggs. She did not want to disappoint the children, so quickly before they arrived for their gifts she coloured the eggs and hid them in the grass. 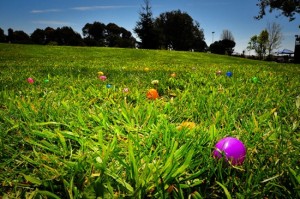 When the children arrived she told them to run out into the lawn to find their gifts hiding there. Of course the children ran into the yard in search of their surprise. Just as one of the children uncovered the eggs, a large rabbit hopped away. So the children thought that the rabbit had left the eggs for them!

And ever since, children have searched for the eggs left by the Easter rabbit on Easter morning.

It is also true that in ancient Egypt the rabbit symbolized the moon. It is also symbolized new life and birth. Because Easter’s date is determined by the moon, and Easter occurs in the springtime, it was natural that the rabbit continued to be one of the symbols of Easter.